Map of Locations
This is a map showing the route that would have been taken by Carl Jung and Mary Bancroft from Zurich to Bludenz in 1942.
Read more
Excerpts
The Prologue & The Visitation
Read more
Reviews
Readers respond
Read more
About
The German High Command compels a psychiatrist to assess Hitler´s sanity. An OSS analyst joins him, posing as his secretary.
Read more

Introduction: There were many who served as spies for the Allies during WWII, and we owe them more than we can repay, in many cases. Their work was harrowing and their reward was often a slow death at the hands of the Gestapo, the SS, the SD, or some other Axis anti-spy bureaucracy.

Some of the people listed here subsequently wrote their memoirs or were written up by biographers, as indicated. I’ve grouped them into several categories, “Famous spies,” “Key players,” and “Spymasters,” but most of these men were “one of a kind.”

Part 1: “Famous” spies: Several people who worked for Allied spy agencies in various capacities were well known before or after their service in WWII.

Not well known now, but once a major league baseball player, playing for the Dodgers and the White Sox, polymath Moe Berg lived a life of adventure and danger as a WWII spy. He had a degree in Law, had studied nuclear physics, and knew multiple languages fluently. After joining the OSS, he undertook missions to assess the status of Germany’s atomic weapon projects.

He was prepared to assassinate one German scientist at a symposium in Switzerland, but after hearing him speak, realized that the Germans were pursuing a dead end. He let the scientist live, which was also a lot safer, personally. [Wikipedia]

Novelist Greene, author of The Quiet American, The Power and the Glory, Our Man in Havana, and many other literary works, served in MI6 during WWII. Greene traveled extensively before the war, and his familiarity with many countries made him ideal for intelligence work. Recruited by his sister, he was posted to the Sierra Leone MI6 station, where he worked under Kim Philby. [Wikipedia]

Hayden was a young film actor when he joined the the Marines under the nom de guerre, “John Hamilton.” He was attached to Bill Donovan’s COI and its successor organization, the OSS. He served in Yugoslavia and the Balkans as a gun-runner, reconnaissance officer, and organizer of local teams for the rescue of Allied air crews. He was awarded the Silver Star for his work. [Wikipedia]

Schlesinger, like Mary Bancroft, was an OSS analyst, serving from 1943 to 1945. His birth middle name was also Bancroft. Due to the Selective Service System bureaucracy, he actually got drafted while serving in France with the intelligence organization. He couldn’t wear his buck private uniform on the job because he was working with high-ranking officers.

From 1943 to 1945, Schlesinger served as an intelligence analyst in the Office of Strategic Services, a precursor to the CIA. Schlesinger’s service in the OSS allowed him time to complete his first Pulitzer Prize-winning book, The Age of Jackson, in 1945. He later served as Special Assistant to the President under the Kennedy Administration. [Wikipedia]

Part 2: Key Players: Some spies were more valuable than others. Although it’s impossible to weight their relative importance, a few stand out as in a class by themselves. A police official in pre-Nazi days, Gisevius was soon discharged from what had become the Gestapo. From there, he continually moved on to other law enforcement positions in the government as policing functions fell more and more under the control of Heinrich Himmler. Gisevius was a participant in plots against Hitler in 1938, 1939, 1943, and 1944. [Wikipedia]

As an Abwehr agent under anti-Nazi Admiral Canaris, Gisevius was assigned to the Zurich consulate, from where he developed contacts with Allen Dulles, the OSS station chief in Bern, Switzerland, He was initially interrogated by Mary Bancroft. Having passed her scrutiny, Gisevius becme the primary liaison between German resistance and the OSS.

He was one of the few survivors of Valkyrie, the July 20 plot against Hitler. He had already been detained by the Gestapo once prior to Valkyrie. During the July 20 plot, he crossed back into Germany to support the Valkyrie cabal. When the plot fell apart due to Stauffenberg’s failure to ensure Hitler’s death, Gisevius was forced to flee for his life. He hid for more than six months, then made a dash to the Swiss border using a doctored passport. When he ran into a huge mass of people attempting to get on the train, he held up his papers and shouted, “Gestapo! Gestapo!” People readily made way for him. At the border, his phony papers were examined for a long time. Officials there may have been suspicious, but granted him passage, anyway. When he arrived back in Switzerland, Mary Bancroft said he seemed to have aged decades.

Gisevius later was a prosecution witness against several high Nazis at Nuremberg, and a defense witness for Schacht (justly acquitted) and Frick (understandably condemned to death).

The picaresque Eddie Chapman charmed almost everyone he met. A scoundrel and a low-life, Chapman was one of the most colorful figures in WWII espionage. He was also able to win the respect of many Allied and Nazi agents. He was treated shabbily by British officials after the war, and hobbled by the Official Secrets Act.

He claimed to have been visited post-war by Churchill, though his otherwise excellent biographer [Ben Macintyre] considered it unlikely. Knowing Zig-Zag’s fascinating character, I suspect the story was perfectly true; it was also the kind of thing that Churchill would have done. When last seen by his biographer, Chapman was driving a Rolls-Royce. A gift from the Crown? A loan from Churchill, himself? Or from ill-gotten gains of his criminal enterprises, to which he hurriedly returned after the war to make up for lost time.

My favorite spy. When the chips were down, he did the right thing, and put himself in great danger to do so.

The story of Enigma and Bletchley Park has been told many times, but it was the German spy, Thilo Schmidt, a spy for France, who provided actual Enigma machine settings and instructions. Polish mathematicians subsequently combined this information with their mathematical analyses and decrypted up to 75% of the German Army’s Enigma messages between 1933 and 1940. Schmidt also collected other critical military information and relayed it to the Allies until he was arrested in 1943 and died in Gestapo hands. He was a key WWII intelligence source. [Wikipedia] 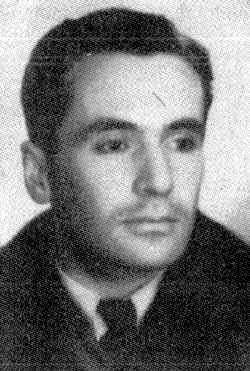 Leski was a co-designer of Poland’s two state-of-the-art Orzel-class submarines just prior to the invasion of Poland. This was a very big accomplishment. He subsequently joined the Polish Air Force. Shot down by the Russians, he escaped and became active in a resistance group located in Warsaw. From there, he developed intelligence reports on infrastructure in German-occupied Europe, along with complete lists of German military forces and their makeup.

An Italian, Siviero was a Fascist government agent assigned in 1937 to gather intelligence on the Nazi regime. After Italy signed the Badoglio Proclamation, Siviero, now working for the Anti-Fascists, monitored the Nazi Kunstschutz, which was responsible for stealing art treasures from Italy. He also coordinate partisan activities, for which he was arrested and tortured by Fascists from April to June of 1944. Rescued by undercover agents, he survived the war. After the war, he was able to track down and recover literally hundreds of artworks stolen by the Nazis and others. [Wikipedia]

Czerniawski was a Polish Air Force officer who was parachuted into France to work with an intelligence group there. An Abwehr sweep picked him up just weeks after his arrival. He was offered safety in exchange for spying for Germany. He accepted readily, but, once on British soil, turned himself in. After ongoing politically-motivated difficulties instigated by the Russians, he was assigned to disseminating false information concerning the Allied invasion plans; all his reports to Berlin pointed at Pas de Calais as the intended target. This effort was hugely successful and was one of the reasons that Hitler, as described in In the Mouth of the Lion, believed that the Normandie invasion was only a feint. [Wikipedia]

Part 3: Spymasters: Some Allied agents served in administrative capacities. Although they did little field work, they were vital for their organizational and recruitment skills.

Ian Fleming was the post-war creator of James Bond. He served with the rank of commander as personal assistant to the Director of British Naval Intelligence during the war. Fleming was a key player and a coordinator who was instrumental in the development of many important espionage and tactical schemes. It was Fleming who was consulted by Bill Donovan when designing the interim secret organization known as Coordinator of Information. This organization later morphed into the Office of Strategic Services (OSS). [Wikipedia]

Donovan, head of the OSS, was more spy-master than spy. However, he suited up and went ashore on Utah Beach the day after D-Day for a personal reconnaissance of the fighting there, despite orders to the contrary. He was accompanied on this sortie by Col. David Bruce. They came under fire from one German machine-gun and a fighter plane. The exact purpose of this adventure is not clear, but they made their way as far as the American front lines before returning home safe and sound, except for a cut on Donovan’s neck caused when Bruce ran into him on the beach while wearing a helmet with a sharp visor edge. [Wikipedia]

Kowalewski was another polymath, like Moe Berg, as well as a spy-master. After WWI successes in breaking Soviet encryption, thus ensuring a Polish victory at the Battle of Warsaw, he held many intelligence positions in Japan and Europe. After the fall of Poland, he made his way to Romania, then France, Spain, and Portugal, eventually settling in Lisbon and creating an intelligence network of Polish resistance groups all over Europe, including Germany. Kowalewski was extremely effective from 1941 to 1944, but the Russians insisted he be dismissed. [Wikipedia]

Jung’s Lecture – The Psyche
The Death of Geli Raubal

Recent Posts: In The Mouth Of The Lion

The Psychology of Hitler, Part III

The Psychology of Hitler, Part II

The Psychology of Hitler